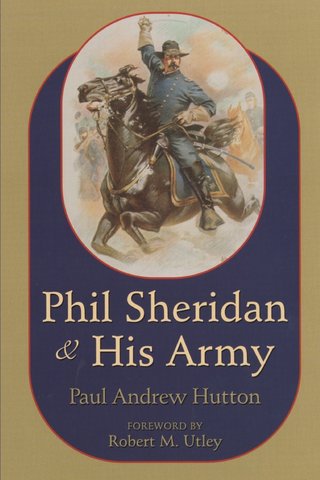 Phil Sheridan and His Army

Philip Henry Sheridan is usually remembered as one of the trinity of great captains who saved the Union and freed the slaves during the Civil War. Yet the majority of his years in the army, both before and after the Civil War, were spent in connection with the expanding frontier. As the nation's chief Indian fighter from 1867 until he assumed overall command of the army in November 1883, he planned and directed the greatest Indian campaigns of the century. He was the nation's preeminent western soldier, commanding a large frontier region for a longer period of time than any other officer in the history of the Republic.

Sheridan's pragmatic and elastic ethics made him the perfect soldier for Gilded Age America. He is, after all, most famous for the infamous "the only good Indian is a dead Indian" quip. He carried out the dictates of his government, ruthlessly quashing opponents, be they southern redeemers, northern laborers, or western Indians. He never faltered in his belief that what he did was right and in the best interests of his nation. Sheridan's story is also the story of post-Civil War America.